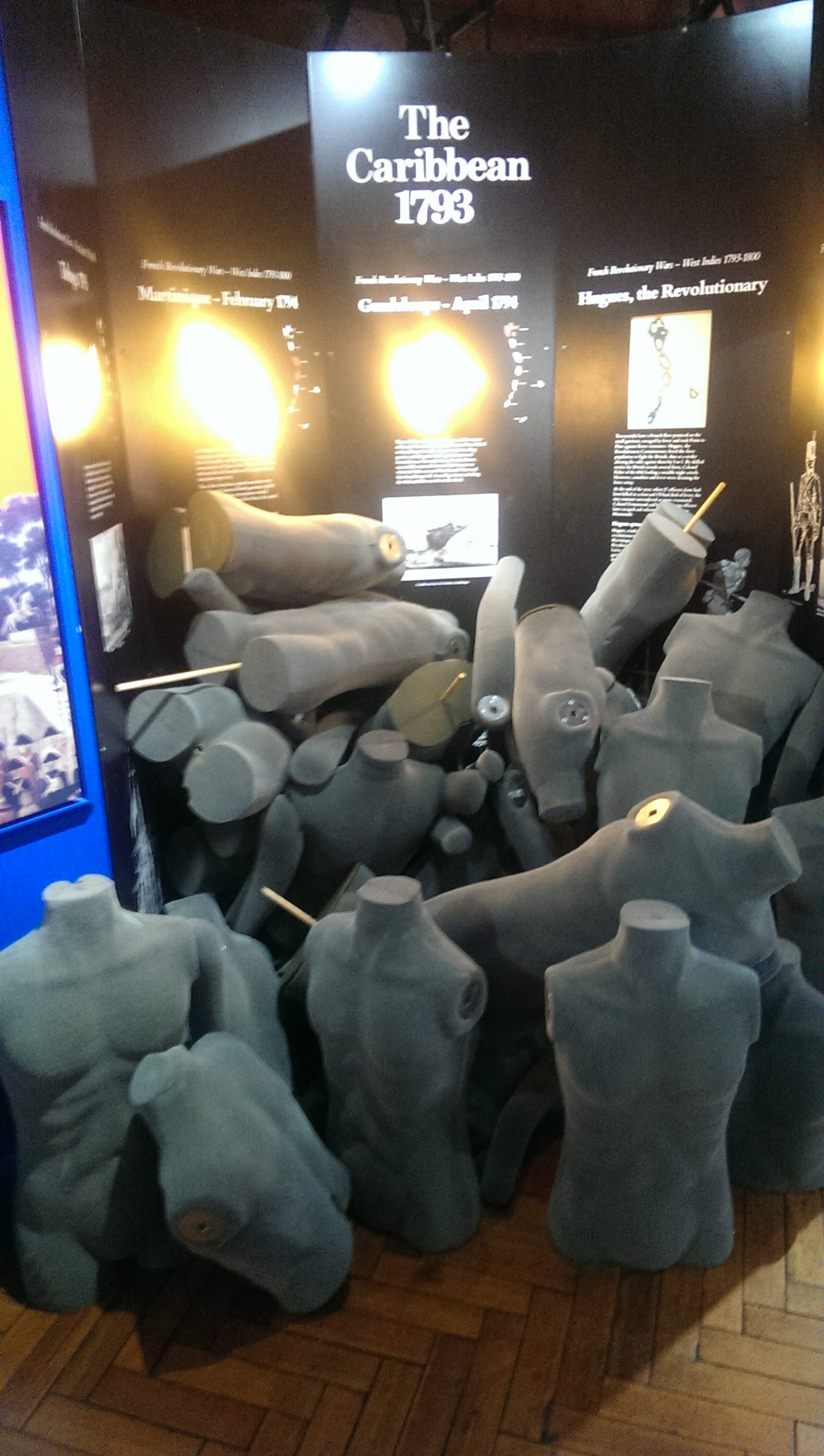 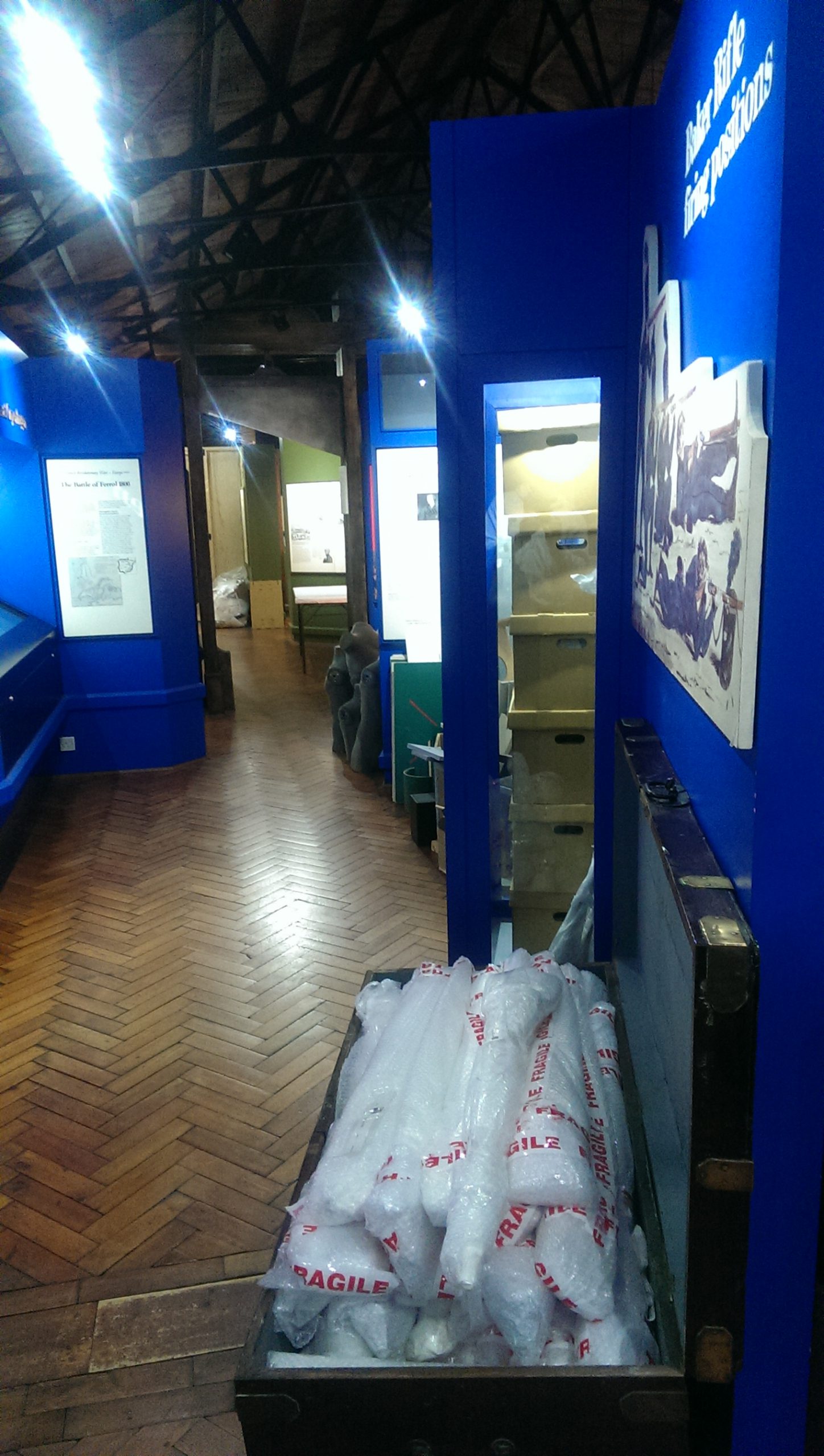 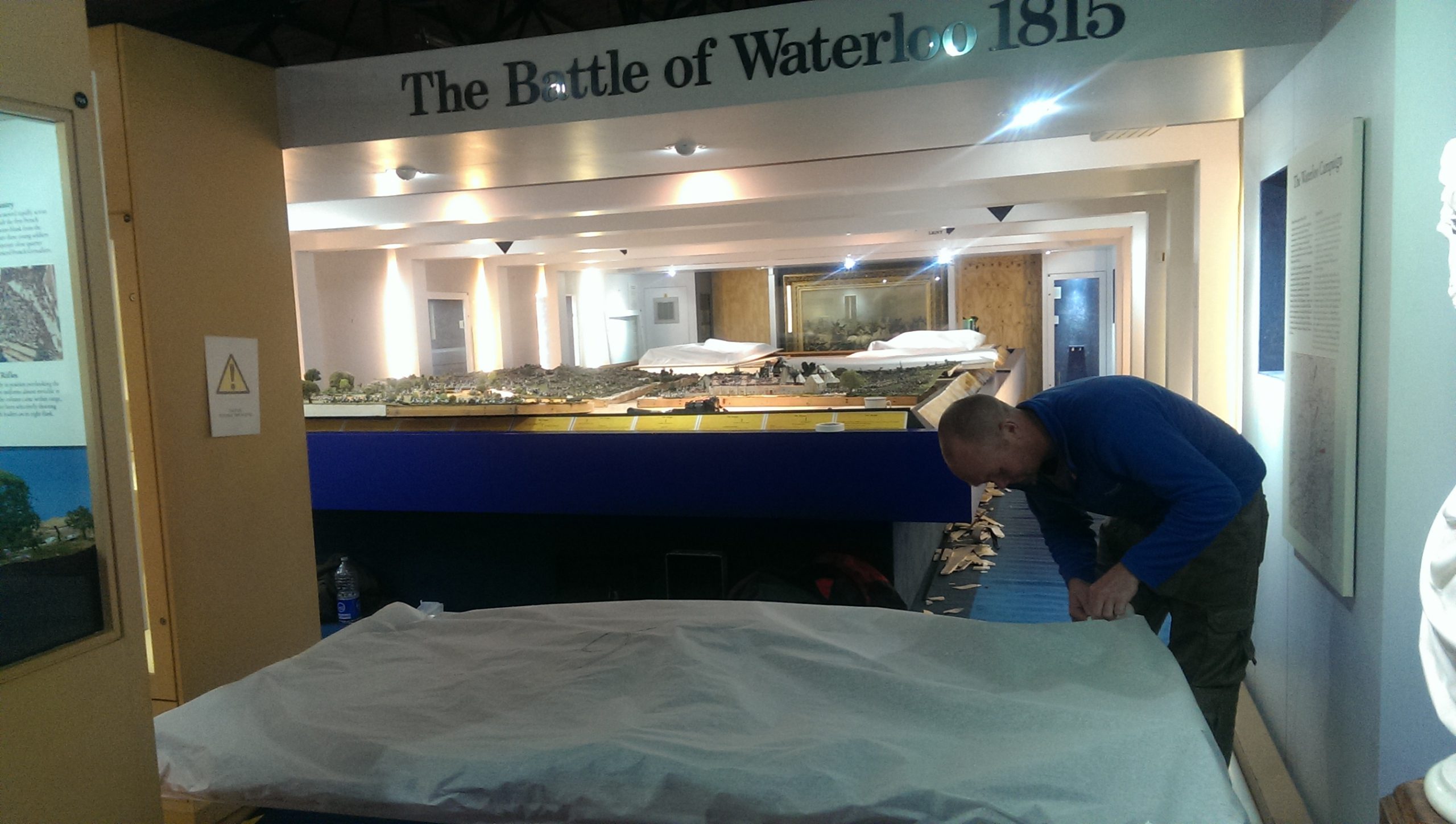 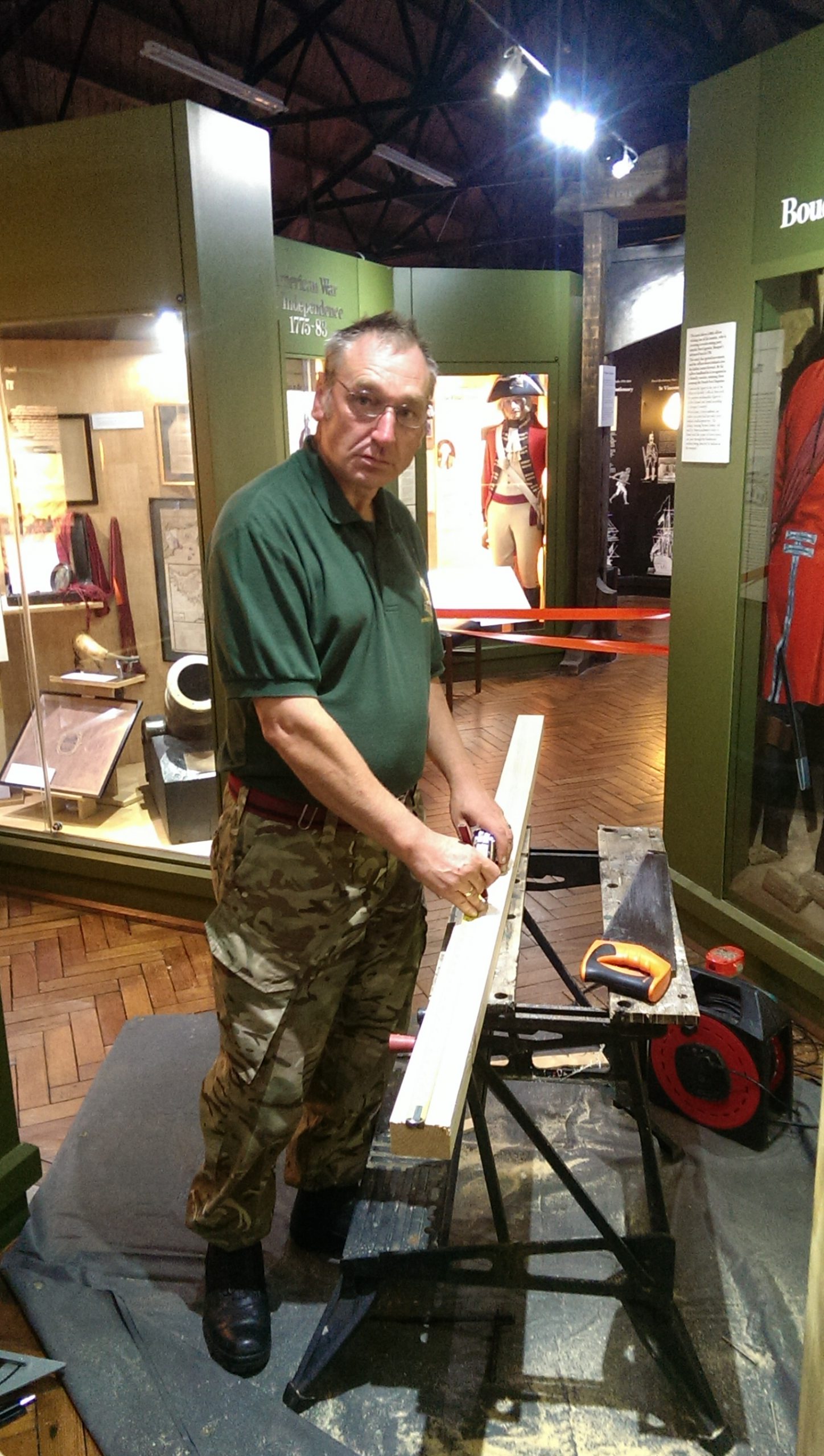 The RGJM at Winchester has begun a major re-development of the upstairs gallery that will see a new exhibition layout telling the story of the campaigns leading up to Waterloo, a major redisplay and restoration of the Waterloo Diorama and the creation of a new multi use (education, function and temporary exhibition) space.

The majority of the upstairs gallery is now shut from 21 September to facilitate development of the gallery space. It will be closed off until the new exhibition is launched on 25th March 2015 in time for the 200th anniversary of The Battle of Waterloo next year.

Pre works to close of the Gallery were conducted with support from The Army Reserves with LCpl Paul Biggin of 100 Field Squadron (Militia) Royal Monmouthshire Royal Engineers (Militia) constructing stud walls and doors to close of the development area.

Since then Museum staff and a team of volunteers have been cataloguing and packing items to empty the galleries. The redisplayed Waterloo diorama will be stunning after undergoing restoration and will be the highlight of the new exhibition. ‬