RIFLES History on this day

RIFLES HISTORY TODAY – 24th September 1780, during The American War of Independence, Colonel Benedict Arnold of the US Continental Forces turns his coat and flees to the British Lines after his plot, to surrender the garrison of West Point to the crown forces, is discovered.  The connection to The Rifles? The discovery of Col Arnolds treachery had come about as the result of the capture of Major Andre of The Kings 54th (West Norfolk)Regiment of Foot, an Intelligence Officer on the British Staff. Andre having been captured in civilian dress, but carrying his uniform, was hung (wearing at his insistence his uniform) as a spy by George Washington for his part in the plot. The 54th in 1881 became the 2nd Battalion Dorset Regiment, later Devon & Dorset Regiment and now part of The Rifles and a number of artefacts connected with Major Andre are now preserved in The Keep Military Museum in Dorchester, home to the collections of The Devon & Dorset Regiment and part of The Rifles Museums Network. Why not visit to learn more of Major Andre and his exploits? 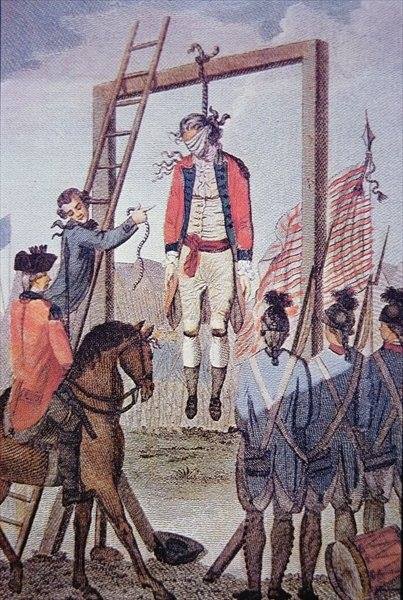