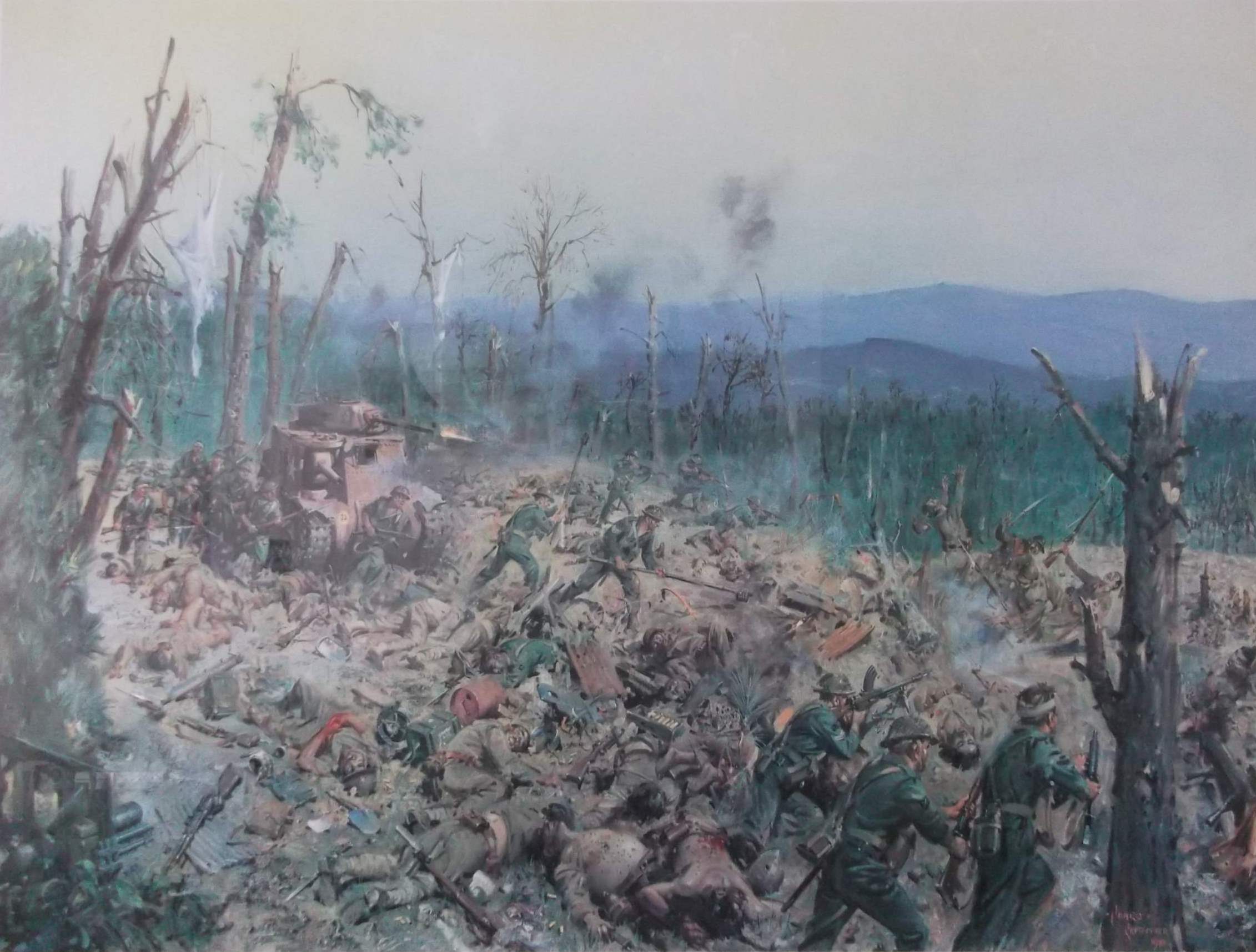 Kohima was a British Government Hill station in North East India. The 2nd Dorsets, 1st Royal Berkshires and 2nd Durham Light Infantry fought in the battle that was to prove the turning point of the war against Imperial Japanese forces in the Far East. A battle so fierce it is some times referred to as the Stalingrad of the Far East. The battle fell into two phases, a siege with the British and Commonwealth forces holding off the Japanese forces invading North India followed by a subsequent advance and clearance of the Japanese back across the border with Burma.
All three antecedents of The Rifles taking part were in the 2nd Division and took part especially in the heavy fighting during the clearance operations.
To find out more why not visit The Keep Military Museum in Dorchester, The Rifles Berks & Wilts Museum Salisbury or the DLI Museum Durham where displays recall these momentous events of 1944. (Picture – The Battle of Kohima, 1944 by Terence Cuneo)