In April 2016, HQ Company 6 RIFLES were tasked with providing seven soldiers to unveil a national art project at the Exeter Guildhall, Devon. Each soldier took up position around a union flag which was laid in the Guildhall. As part of the ceremony, the union flag was raised by the soldiers of 6 RIFLES to reveal 100, 12inch shrouded figures, arranged neatly into rows. These 100 figures represent just 0.52% of the 19,240 figures that were to be displayed in Northern Hay Gardens on 1st July 2016 to mark the 100th anniversary of the Battle of the Somme. The artist, Rob Heard, wanted a strong military involvement.

WO2 Elliot Drake, 6 RIFLES, states that the artist, Rob Heard, and the battalion formed a special bond throughout this experience, which continued into the following year. The Battalion was invited to black tie dinners with the Exeter Chiefs Rugby Club, where they were privileged to meet both Exeter Chiefs and England international rugby players. The Battalion also visited many schools in the Devon area to spread the word about the battle and the art project ‘19240: Shrouds of the Somme’.

6 RIFLES continued to assist with the art project into 2016 by picking up the installation from the artist’s home in Somerset, to the Northern Hay Gardens in Exeter in time to mark the historic anniversary. The Riflemen, along with local veterans, the local community and the local fire service, spent 11 hours laying out the figures.

At 07.28am on 1st July 2016, the time at which the whistles were blown in 1916, sending thousands of soldiers ‘over the top’, many of which would not return. WO2 Elliot Drake walked out to the centre of the installation and laid the last of the 19,240 figures, each representing one soldier who died on the first day of the Battle of the Somme. Following the Last Post, 30 whistles were blown for three seconds to mark the ‘going over the top’ and the opening of Rob Heard’s art installation.

During the 7 seven days of the opening of the ‘Shrouds of the Somme’, it was visited by 50,000 people and had approximately 1 million hits globally on social media.

The Rifles antecendent and founding regiments lost the following men on the first day: 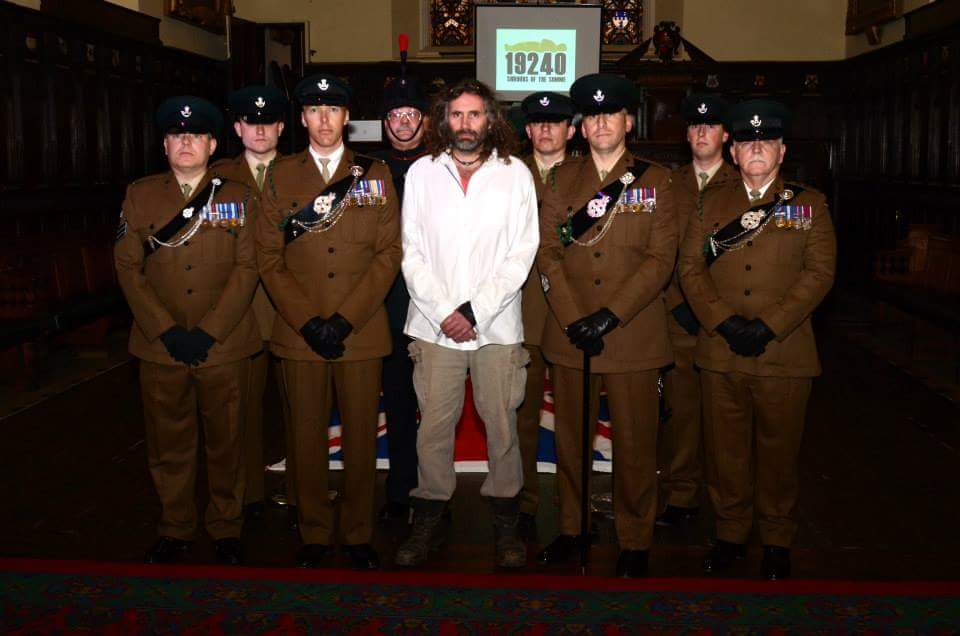 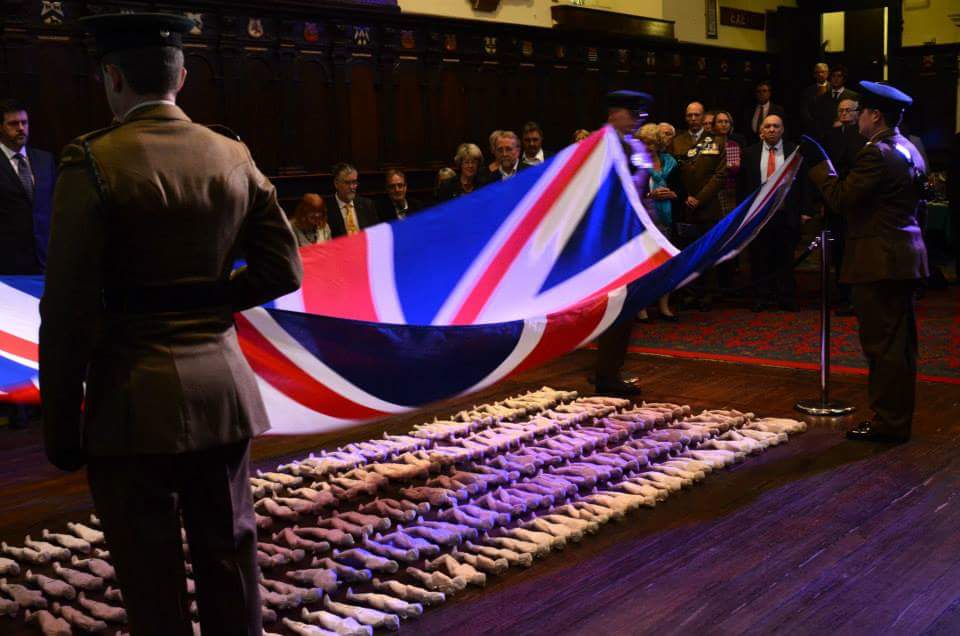 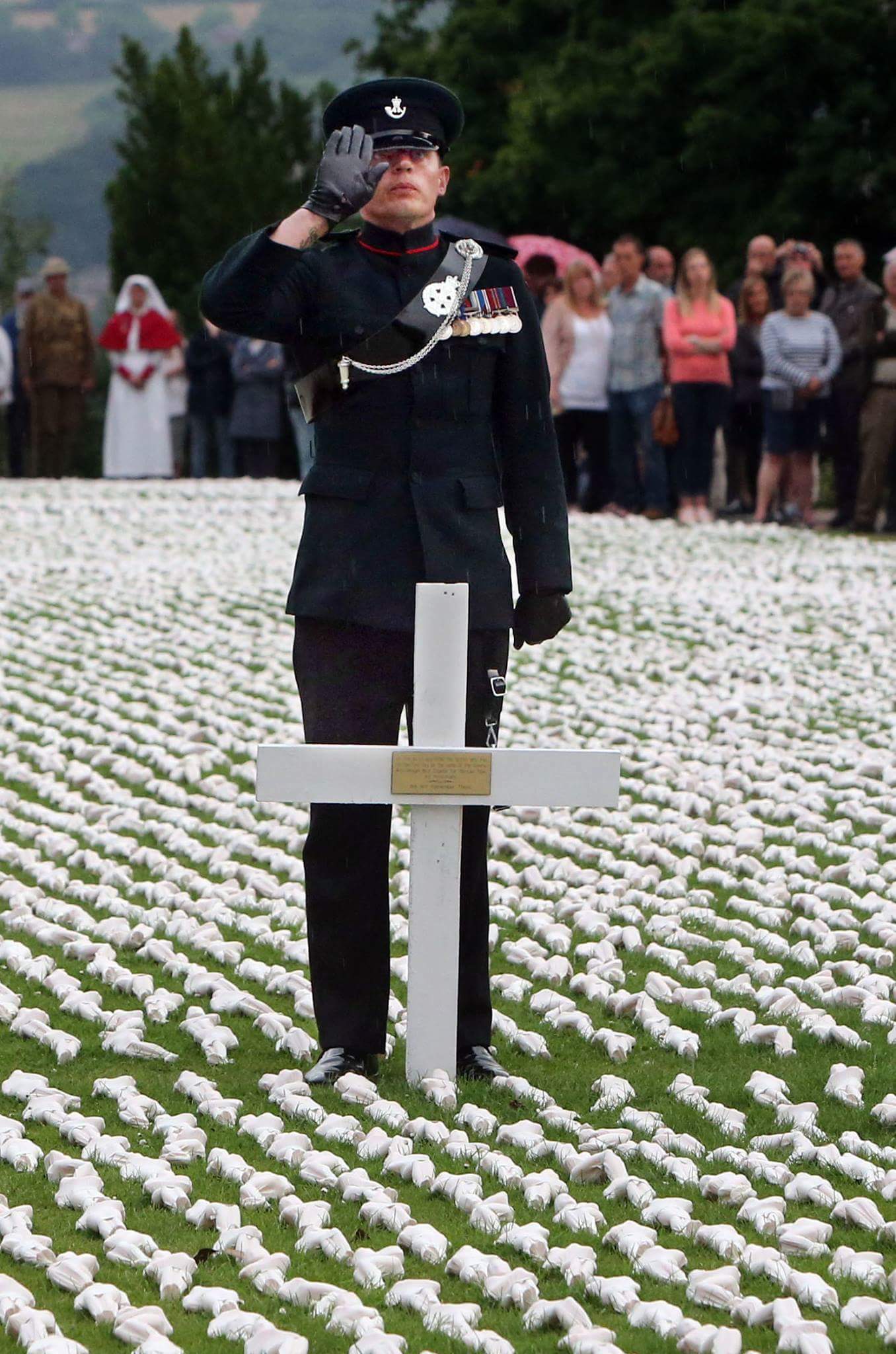 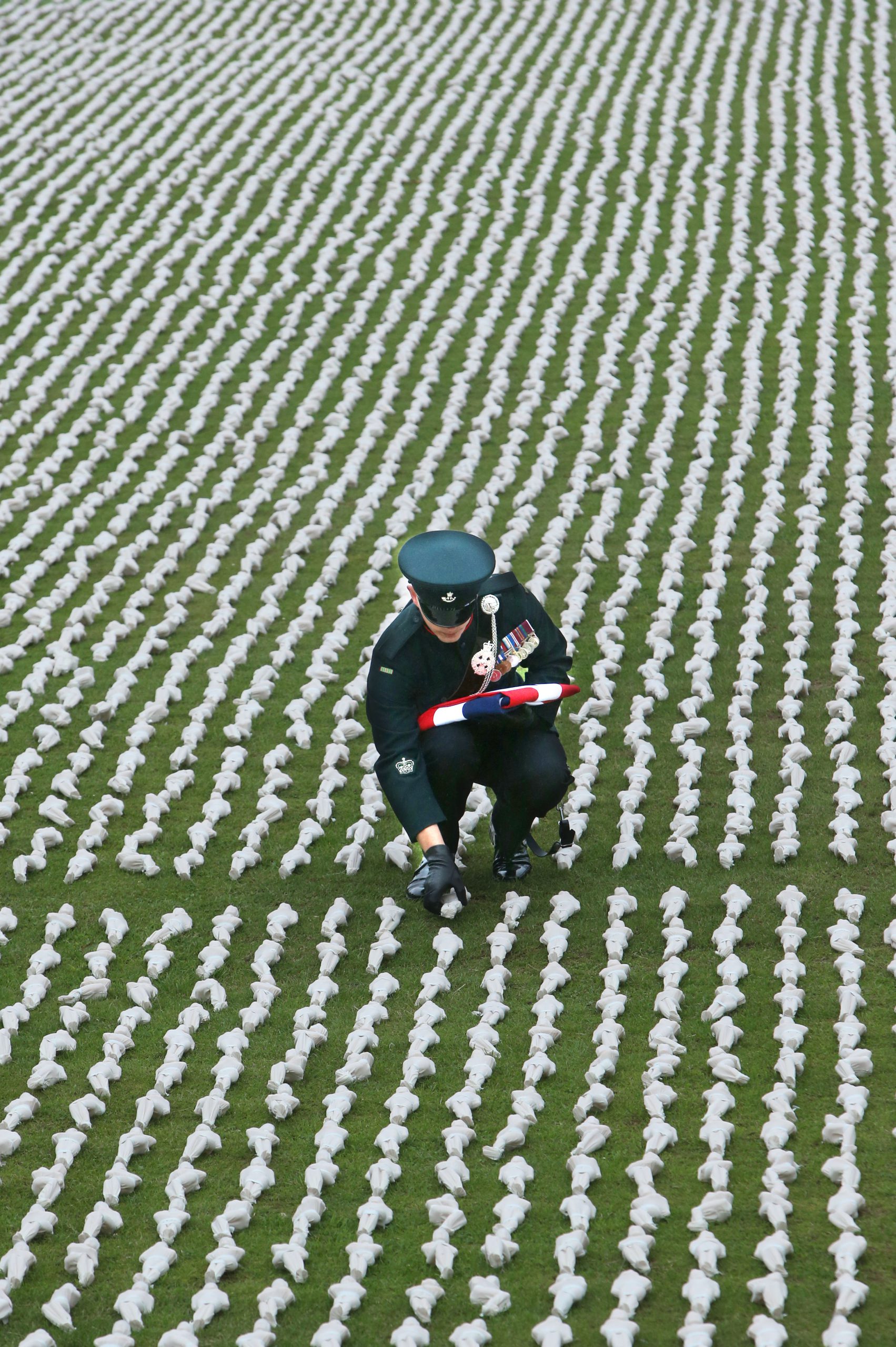 For more information on the 19240 art project, please visit www.thesomme19240.co.uk