November 2021 saw numerous school trips coming to Winchesters Military Museums, including The Rifles. In December, representatives from WMM attended an event at one of the schools that had visited us, where we were shown a museum that the children had made themselves.

Each week in November, we had at least one and sometimes two school trips coming to the site. The various visits covered a wide range of topics, including the First World War, Second World War and more modern conflicts. Thanks to the fact that WMM contains six museums, we were able to create sessions and workshops to accommodate for all the schools’ needs.

During the World War 1 and World War 2 visits to the museums, I explained how the conflicts influenced the British Army and are remembered in The Rifles today, and helped to guide the school groups around the site. I also led sessions on remembrance in West Hill Cemetery, which borders the WMM site. The cemetery contains 115 First World War graves and four from the Second World War, many of which commemorate soldiers from antecedent regiments of The Rifles.

The final visits in November were made by a school interested in learning more about their topic – ‘Does Conflict Unite or Divide?’ During their visit, I hosted sessions on the wars in Iraq and Afghanistan, covering the origins and outcomes of the conflicts, and the role of The Rifles in both wars. Quite a lot of ground to cover in half an hour! Thankfully, all the groups I saw were very good listeners, so all went well. At the end of the trip, staff from WMM were invited to attend a special event at the school, to see a museum the children had been putting together over the course of the project. 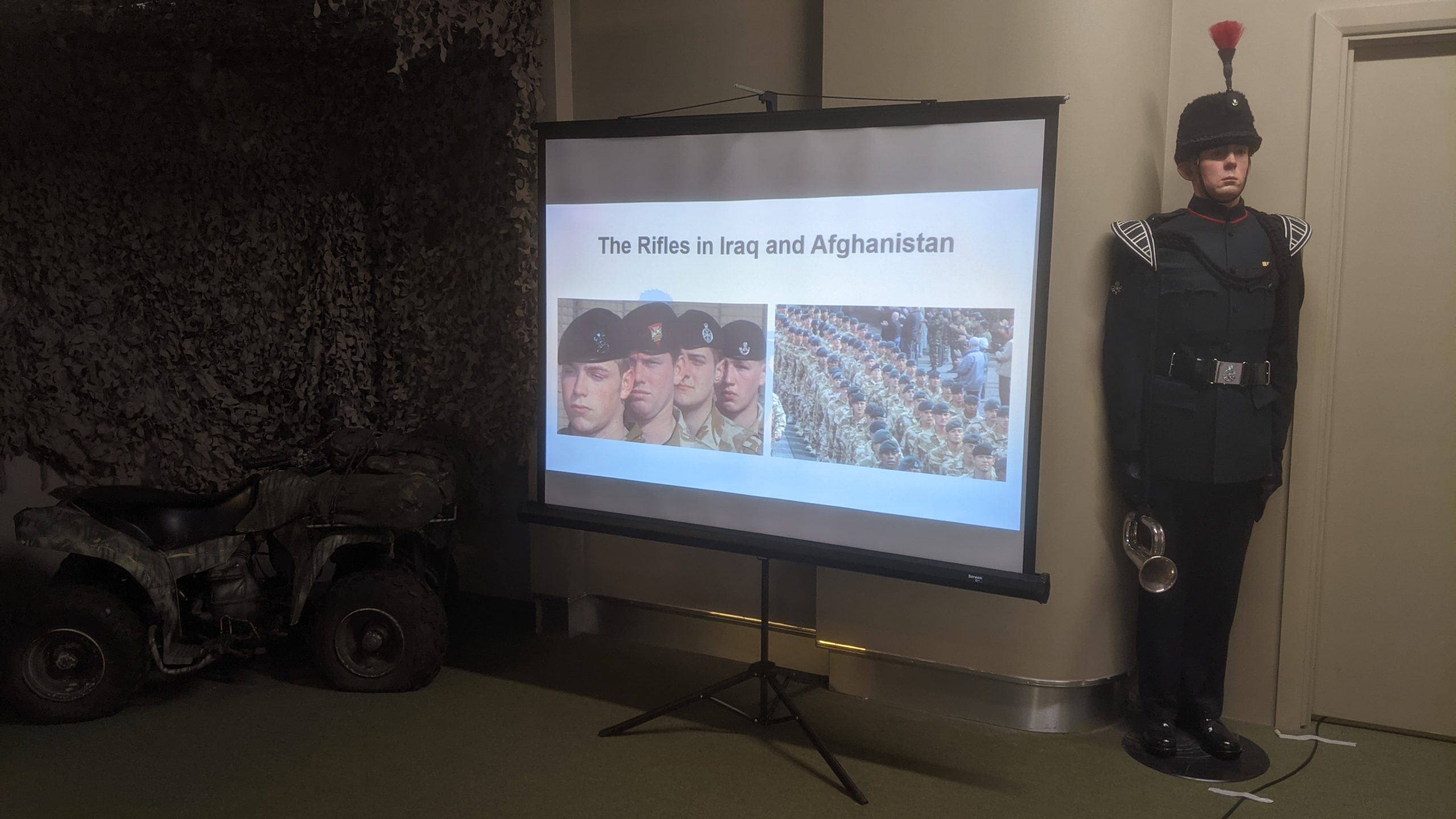 On the 9th December, the WMM Education Officer, and representatives from the Gurkha Museum and The Rifles Museum (me!), travelled to Sun Hill Junior School in Alresford. There, we were guided around displays on conflict, military history and military technology by the children. The exhibitions included a fantastic range of art projects, stories and poems, and displays of objects brought from home. We were all really impressed! The children had also created a display of thank you cards to the museums, which was a very kind of them.

Hopefully, we will see many more school visits in 2022! 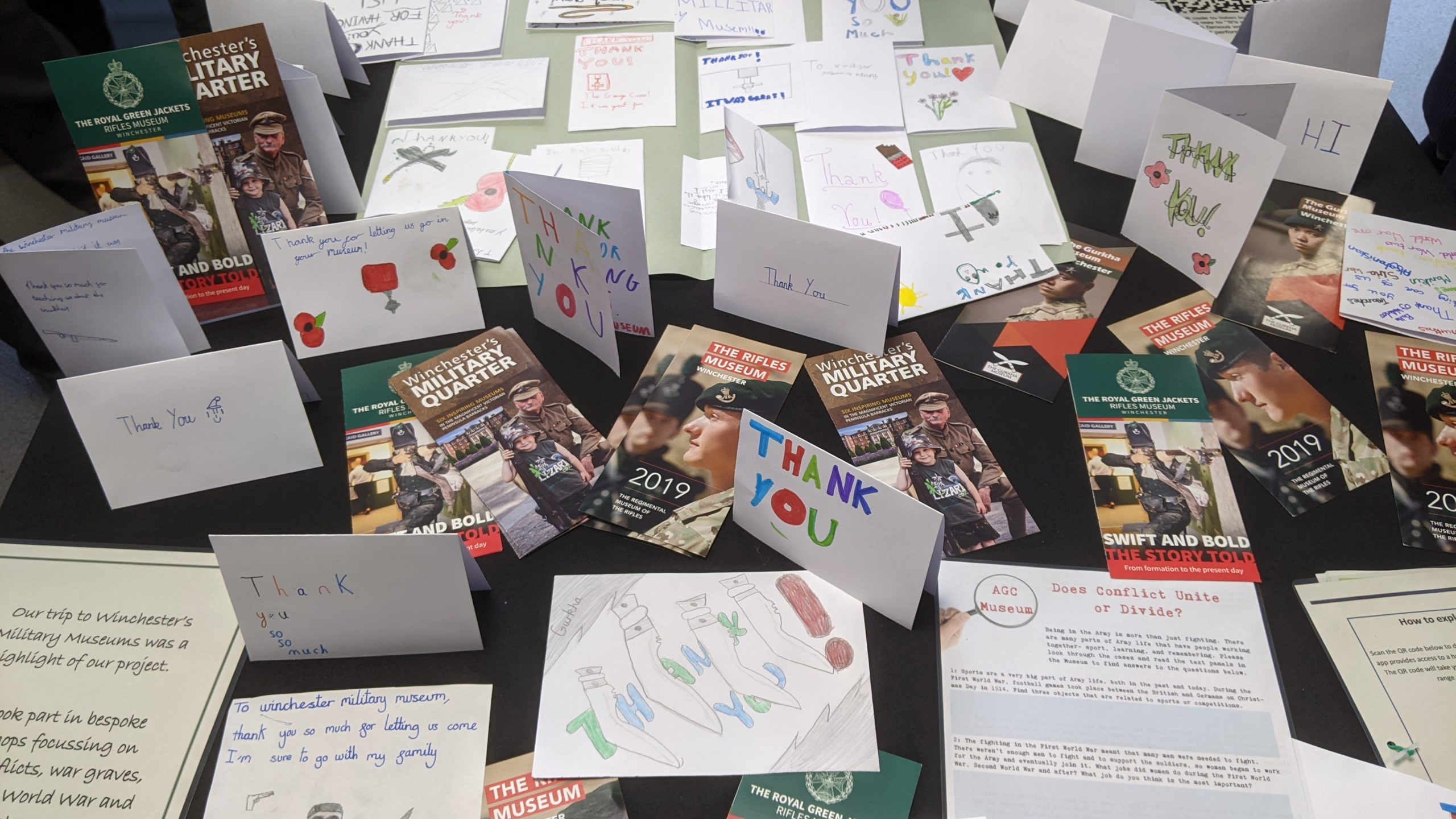