“Pride of Regiment and love for the Regiment’s history and tradition is the sacred Ark of the Covenant on which the British soldier depends in battle and on which Britain, through him, has again and again survived and won through to victory”

The Rifles ethos of the ‘thinking soldier’ is one which permeates throughout the history of the Regiment and continues to today. Historically there has been a stereotype of blind obedience in military life but The Rifles and its historic Regiments have always pursued self-discipline and forward thinking, both of which are points of pride for the Regiment.

Since its formation in 2007, The Rifles have been on numerous operations, training missions, and humanitarian missions all of which show the breadth of work that The Rifles do. These have included humanitarian work during the Ebola outbreak in Sierra Leone, anti-poaching training for park rangers in Gabon, training missions with the Kurdish Peshmerga, as well as operations in Iraq, Afghanistan, and Kosovo. Closer to home the Regiment has also been involved with evacuations during some of the UK’s worst flooding.

This modern Regiment echoes its predecessors quick movements and ‘thinking soldier’ with its motto ‘Swift and Bold’, which encompasses all it is to be a Rifleman. The Regiment prides itself on being a forward looking, innovative infantry regiment, relying on mutual respect and self-discipline to get the job done.

Click here for a downloadable document giving a brief overview of The Rifles’ history from 1685 to present day. This breaks down the history into short summaries by time period.

This Chronology is a must-read for anyone wishing to discover more about The Rifles’ innovative and thrilling heritage, which can be traced back to 1685.
Download 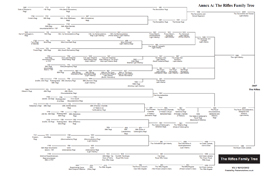 The annexes of The Rifles’ Chronology 1685-2012. Annex A is The Rifles Family Tree and Annex B is a Timeline Map of all the different theaters of war The Rifles have been involved in.
Download 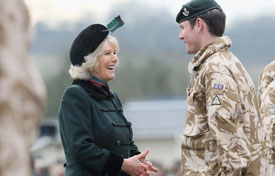 The Rifles have various anniversaries that are commemorated throughout the year, including their Regimental Day. Find out why these days are so special.
Find Out More 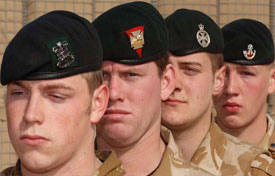 Explore The Rifles’ Origins and Traditions

Why do The Rifles march faster than other army regiments? Why is the bugle used? What are the Golden Threads of the Regiment? Find out the answers in this article.
Find Out More
We use cookies on our website to give you the most relevant experience by remembering your preferences for repeat visits. By clicking “Accept”, you consent to the use of ALL the cookies.
Cookie settingsAccept
Manage consent